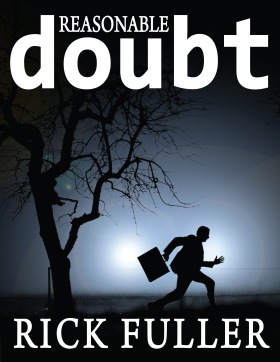 Richard Frost is dying, his lungs ravaged with cancer. Before he passes, he makes one last trip deep into the wilderness of the Cascade mountain range in Washington State, hiding something important and valuable. As he makes his way back to his car, the snow begins to fall, covering up all signs of his presence and hiding a trail that will remain uncovered for years.

Eight years later, another man lies dead, murdered by someone looking for the answers to a mysterious poem; a poem that holds the clues to finding the coveted items hidden in the wilderness by Frost.

The evidence at the murder scene all points to one suspect: the murdered man’s best friend, a brilliant engineer with a job in a top-secret aerospace firm. But the murdered man worked there too, and his death may have far-reaching national security implications.

A detective with high career aspirations, a defense attorney who’s in way over his head, and a prosecutor who has never lost a major case round out the main characters in this fast-paced legal thriller. With cutting wit, a cryptic riddle that will keep you spellbound, and legal drama around every corner, Reasonable Doubt will leave you unable to stop turning the pages!

To get your free novel, simply fill out the form below!